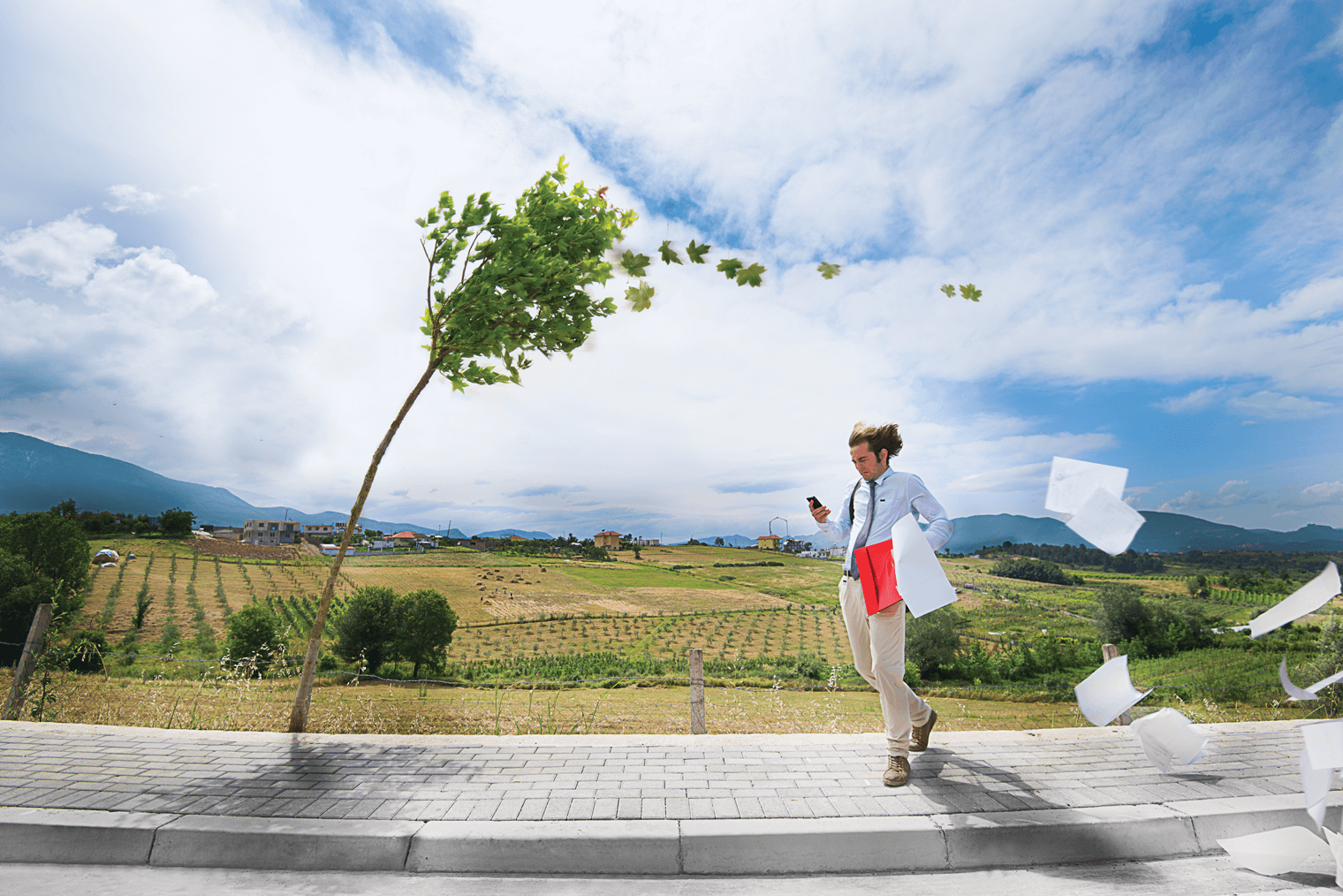 For this particular one, a regular guy with a smartphone was depicted as experiencing hurricane like winds as soon as he takes out his phone. This directly connects the act of the phone with the gushing of the winds, therefore communicating that 3G is fast.